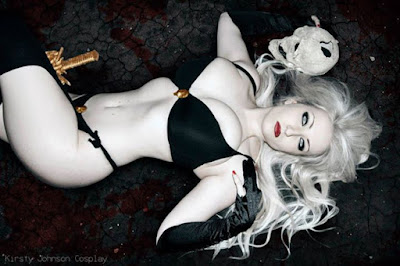 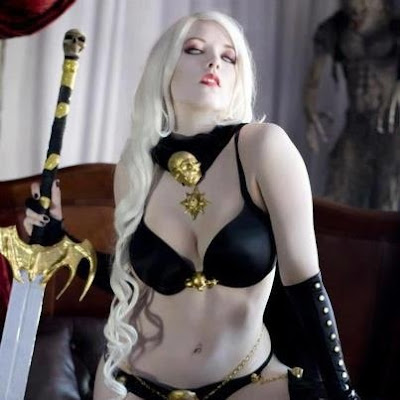 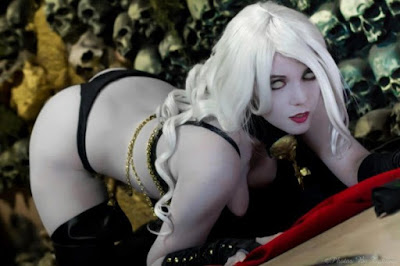 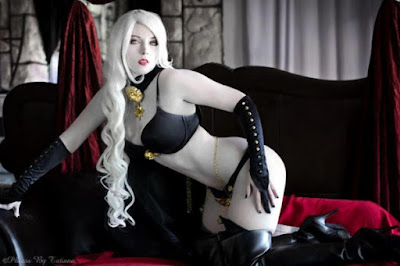 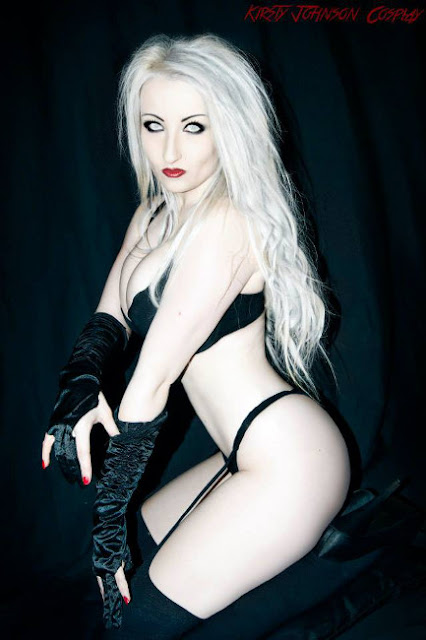 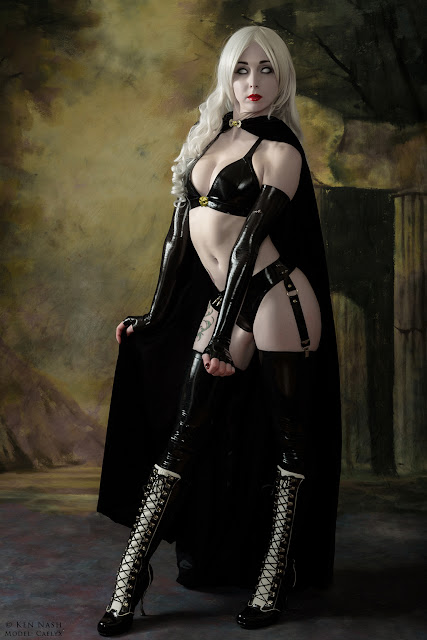 Lady Death originated as a sexy and violent villain perceived as a hallucination by a boy named Ernest Fairchild. She promised to love Ernie forever in exchange for his loyalty and a vow to kill everyone on Earth. In the beginning, she had no purpose or personal story except to be the eye-candy for Evil Ernie's comic book, drawn by Craig Caimi in 1998, and she was simply the evil, sadistic woman who would give Ernie the incentive to kill. As the story progressed, Lady Death detached herself from him, and began her own story. Her personality changed from villainous to heroic.
Lady Death in Comics 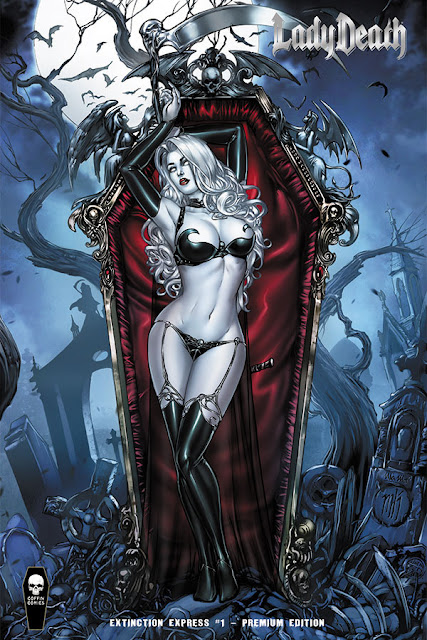 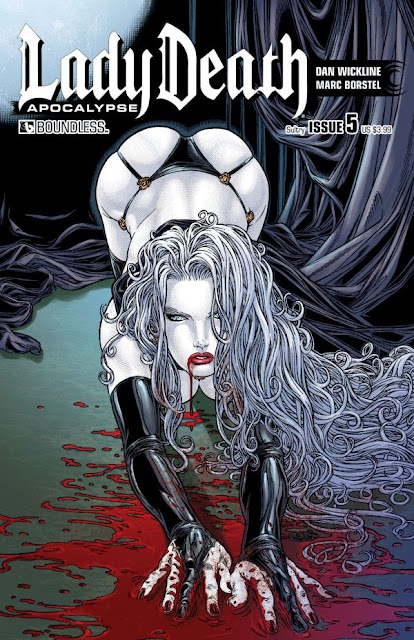 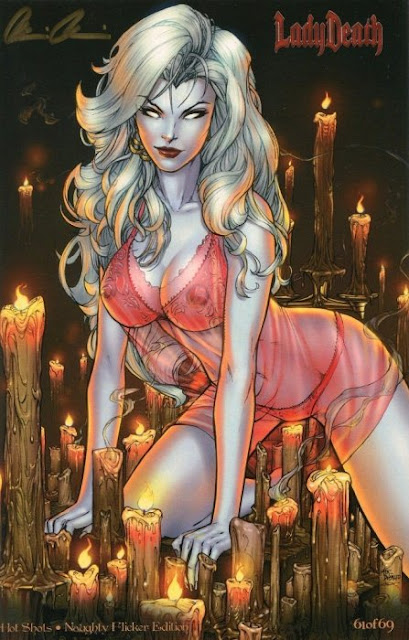 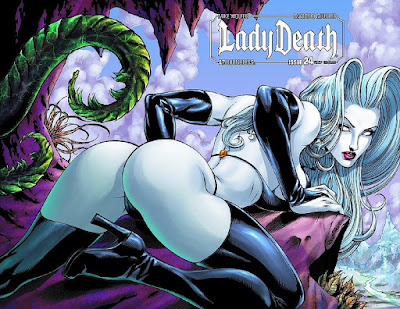 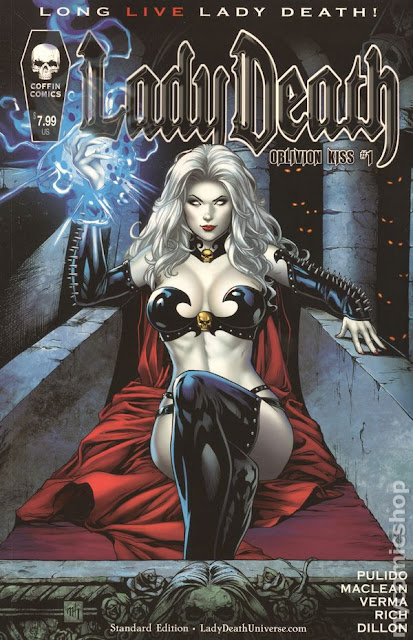 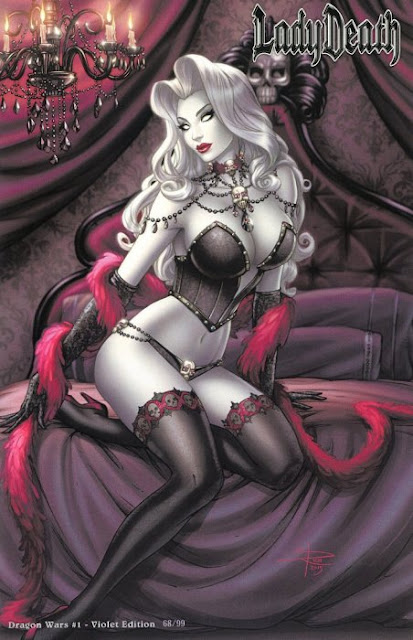 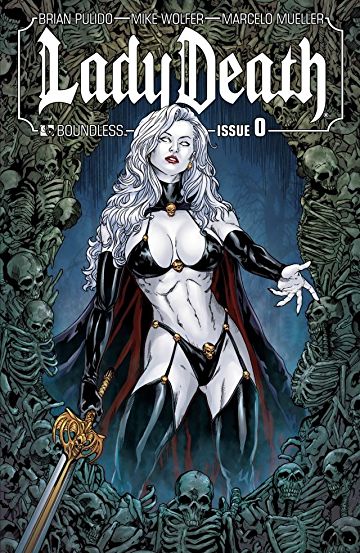 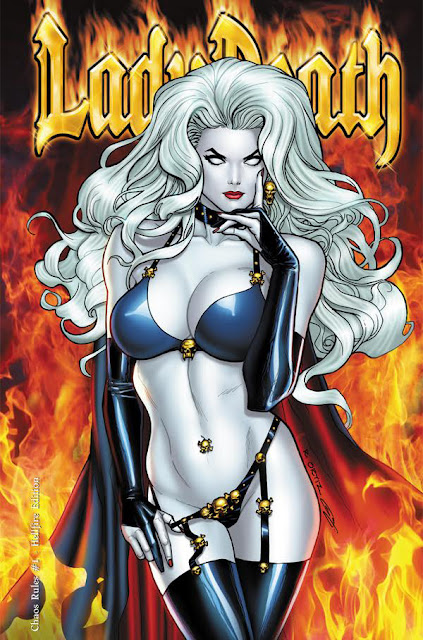 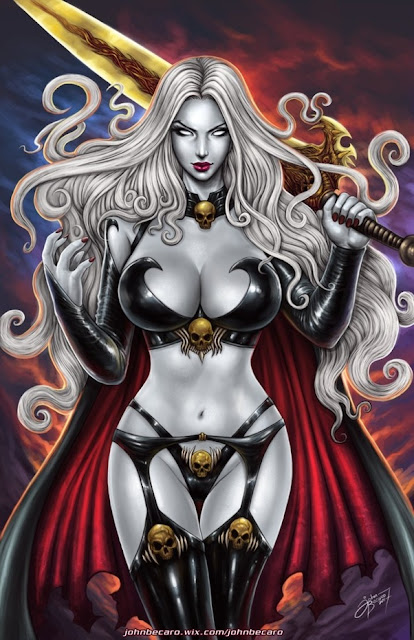 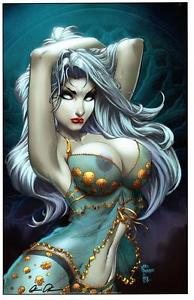 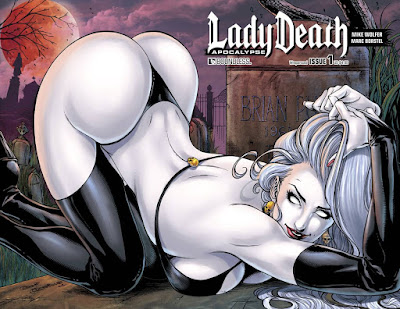 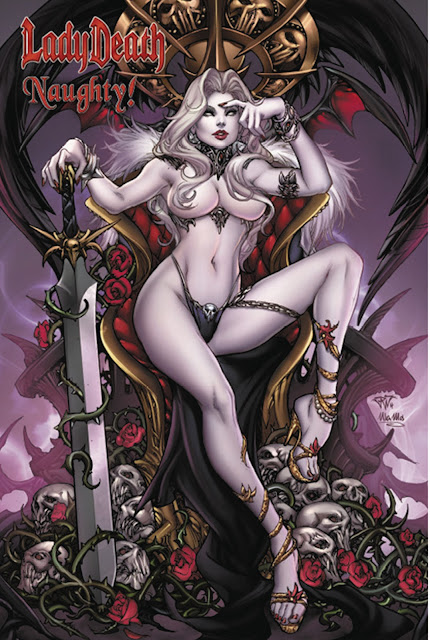